Go to content
MISSION STATEMENT
The Audio Engineering Society's Los Angeles Section endeavors to promote the increase and dissemination of educational, and scientific knowledge in audio engineering and the promotion and advancement of this science and its allied arts in both theoretical and practical applications. The Audio Engineering Society's Los Angeles Section also endeavors to promote the stimulation of interest in audio engineering, the encouragement of the interchange and intercourse of ideas, and the promotion and maintenance of high professional standards among its members and the audio community at large.
OFFICERS AND EXECUTIVE COMMITTEE 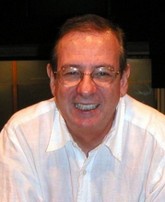 CHAIR:
Barry Rudolph
chair@aesla.org
Term: June 2020 - May 2021
Barry Rudolph hass his own futuristic music mixing facility called "Tones 4 $" Studios (pronounced Tones For Dollars) and loves teaching audio engineering at Musician's Institute, Hollywood, CA since starting in 2012. He is a lifetime Grammy-voting member of NARAS and a contributing editor for Mix Magazine, Music Connection Magazine plus many Web sites and blogs. While in college, Barry Rudolph worked in So Cal NASA-contracted aerospace and computer companies as an electronics technician.  He went freelance as a recording engineer/producer after his first #1 hit record went gold and, over the course of his ongoing career, went on to work on over 30 gold and platinum RIAA sales awards-winning records and participated in the recording of three Grammy winners. 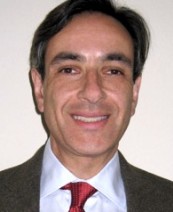 VICE-CHAIR:
Joseph Schwartz
vice-chair@aesla.org
Term: June 2020 - May 2021
Joe Schwartz studied music and played several instruments in high school. He went on to study Music Production and Engineering at Berklee College of Music in Boston, earning a Bachelor of Music degree in 1986. Since then, he has worked in diverse settings and capacities. He started as an assistant engineer at various recording studios in New York and Los Angeles. From 1990 to 1996, Joe worked in film and television sound editing at Sony Pictures and independent companies. His ADR and dialog editing garnered two MPSE Golden Reel Award nominations, in 1993 and 1994. Joe was hired to his current position at California State University, Northridge in 2008, providing post-production support for facilities and student films. Joe holds Avid and Apple certifications, and is a member of AES, SMPTE, the Recording Academy, the Mo on Picture Editors Guild, and the Digital Cinema Society. He has served on the AES-LA Executive Committee since 2010. 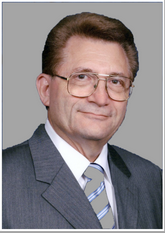 TREASURER:
Richard Wollrich
treasurer@aesla.org
Term: June 2020 - May 2021
Richard Wollrich has served successfully as Treasurer for the AES Los Angeles Section’s 1,000+ membership, for the past 16 years. Richard has freely given of his time to successfully oversee the financial affairs of its ever-expanding activities. He developed the AES-LA website to its current look and feel, serves as its current webmaster, and is the Section’s Newsletter Editor. To reach a wider audience, he is currently helping to develop the bilingual Spanish section for the website and newsletter, and is helping to develop individual and company-supported programs. With more than 50 years of experience within the Hollywood Entertainment Community, Richard has worked in various capacities at all the major motion-picture studios, including Chief of Projection Engineering at 20th Century Fox and as a post-production Sound Mixer with Sony Picture Entertainment Studio in Culver City, California. 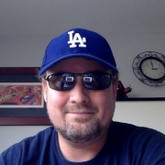 SECRETARY:
Dan Schulz
secretary@aesla.org
Term: June 2020 - May 2021
Daniel Schulz has spent a long career in Hollywood lurking in their midst. After a Midwestern upbringing Daniel landed in Hollywood, first at DTS and then its successor, Datasat, servicing sound-for-film and then managing the transition from film to digital cinema. He has also consulted for Auro Technologies and managed a global team in Localization and Audio Description at Deluxe Media. Daniel earned a Bachelor of Arts from Indiana University with a double major in Mathematics and History. While at Indiana he performed with the Indiana University Marching Hundred and basketball bands, and he has always had a keen interest in both live and recorded music. 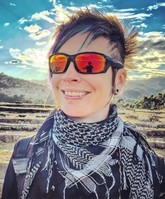 COMMITTEE:
Shannon Deane
shannondeane@aesla.org
Term: June 2020 - May 2022
Shannon Deane is a Los Angeles-based sound designer/ editor/mixer. A longtime musician, she developed a keen in- terest in sound design in college, and cut her chops doing sound design for radio for 7 years. From feature films to pro- mos to games, her work encompasses a broad range of sto- ries and styles, and many of her projects have won awards across the globe. Her current gigs include creating custom sound effects for Output, editing dialogue for LinkedIn, and most recently designing sound for video games at Survios, a pioneering company in the world of VR gaming.   She’s currently diving down the rabbit hole of 360 sound/immersive audio, head-tracking technologies, and game engine audio implementation. 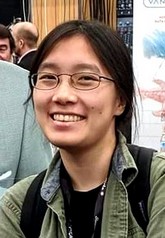 COMMITTEE:
Jasmine Mills
jasminemills@aesla.org
Term: June 2020 - May 2022
Jasmine Mills has been in Los Angeles since May 2018. Knowing she wanted to pursue a career that included music, technology, and science, she enrolled in the Sound Recording Technology program in the Fredonia School  of Music - a division of State University of New York in Fre- donia. Jasmine earned her Bachelor’s Degree of Science in music in December 2018.  During her three years on the Fredonia campus, Jasmine partic- ipated as a member of the Tönmeisters Association, the student and faculty-run Sound Recording  Technology  organization.  She was also a member of the student-run live sound organiza- tion, Fredonia Sound Services, with one of those years serving as an equipment manager.  Her projects ranged from  recording a full band to analog tape to engineering live streams of Fredonia School of Music concerts and  recitals.  She played violin in the college symphony orchestra, piano, and sometimes sang. 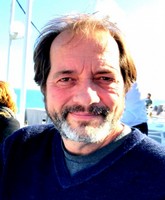 COMMITTEE:
John Musgrave
johnmusgrave@aesla.org
Term: June 2020 - May 2022
John Musgrave began his audio career as the engineering tech at Infinity Speakers electronics lab. Class D amplification and servo control of subwoofer motion were among the products developed in the lab in 1977. Then to Great American Sound and Sumo Elec- tronics, where the Duel differential Amplifier topology used by Hafler and Bryston and most modern manufactures was invented, He was the manufacturing Engineer creating assembly work flow, implementing the earliest MRP systems of inventor and production control and building assembly and test fixtures for manufacturing. He jump from High-end audio to studio maintenance at Kendon Re- corders, a part of Sierra Audio the construction part of the Tom Hidlely/Glenn Phoenix/Ken Duncan team responsible for many of the late 70’s, early 80’s lava rock rooms. 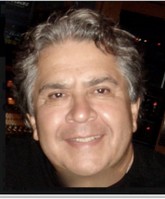 COMMITTEE:
Robert Fernandez
robertfernandez@aesla.org
Term: June 2020 - May 2022
Robert Fernandez started his career in sound in the Warner Bros. Sound Department, where worked in production (On set), post-production and stage manager on the scoring stage.  At the age of twenty four he was promoted to scoring mixer and recorded his first of many film scores to come, at the age of twenty eight he was promoted to Chief Scoring Mixer in charge of the Warner Bros, scoring stage (Both promotions were the youngest in company history).  Robert worked under exclusive contract with Warner Bros Pictures for twenty-four years before leaving to pursue a career as an Independent engineer/producer.  He has received several Emmy nominations and is the recipient of nine Golden Reel Award nominations along with five CAS nominations for excellence in sound recording and mixing. 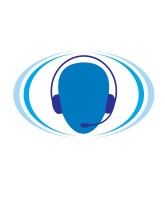 COMMITTEE:
Karen Read
karenread@aesla.org
Term: June 2019 - May 2021
Karen Read is an audio professional who has been working in Television Post Production for over 20 years. She studied Film, Video and Sound at The School of the Art Institute of Chicago, where she learned the fundamentals of signal flow and sound design on an original analogue Moog synthesizer. She has worked as an audio engineer, restoration specialist and mixer at Point 360 in Burbank since 2001. Currently, as the Audio Technologies Manager, Karen is the leader of a highly successful creative and technical audio team. She develops workflows and best practices, guiding her team along the cutting edge of audio post production. Although she can become overly-enthusiastic about discussing broadcast specs, she never loses sight that the technology and guidelines only exist to serve the art. 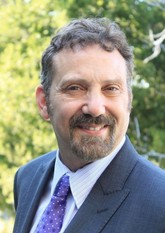 COMMITTEE:
Jerry Danielsen
jerrydanielsen@aesla.org
Term: June 2019 - May 2021
Jerry Danielsen graduated from Sound Master Recording School in 1982 and has been recording music and anything audio ever since.  He started Busy Signal Studio in Santa Clarita in 1984, and still work there full-time where he engineers, produces and arranges music of songwriters and bands.  Jerry graduated California Institute of the Arts in 1992, where he got a BFA in "Electro-Acoustic" music composition.  He has since written music for many short and feature films.  Jerry also is a co-founder of Los Angeles Poets' Press.  He has published several books of poetry and vignettes.  In addition to these multiple projects, Jerry is also sound designer for Rock and Roll Archeology, a podcast that delves into music culture, history and technology.  Jerry is also a member of NARAS. 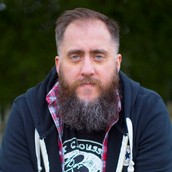 COMMITTEE:
Juan de Dios Martin
juandemartin@aesla.org
Term: June 2019 - May 2021
Juan de Dios Martin is a Music Producer and Mixing Engineer from A Coruña, Spain. He started his career as a recording and touring multi-instrumentalist musician for several Spanish bands. In early 2000, he decided to expand his creative talents behind the glass and began producing artists. Shortly after, he opened his recording studio in Madrid, where he made numerous albums, acclaimed by critics and specialized press. He also set up a small record label for releasing his own projects. In addition to producing and engineering, Juan has written music for commercials and television series. Following a work opportunity in 2014, he moved to Los Angeles to continue learning and exploring new ways in music. For the Latino Community, Juan is also helping to develop the Spanish AES-LA newsletter and website. 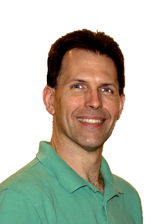 COMMITTEE:
Kevin Salger
kevinsalger@aesla.org
Term: June 2019 - May 2021
Kevin Salger has over 10 year's experience in theatrical and concert live audio reinforcement, mixing and recording operas, musicals, plays, jazz and rock concerts, poetry readings, lectures, graduations, music and dance recitals, and a couple of game shows.  At the PBS TV station in Charlotte, NC, Kevin helped keep the station on the air as a broadcast engineer, repairing and maintaining video tape recorders, video cameras, control room switchers, audio mixing boards, and more.  He was later the station's audio engineer, mixing, recording, and editing over 240 productions.  He holds two Society of Broadcast Engineers certifications (Broadcast Technician and Audio Engineer), largely due to his TV work.  Now back in the Los Angeles area, Kevin is pursuing a technical writing certification from Cal State Long Beach to add to his Cal Poly Pomona Bachelor's degree in Electrical Engineering.
Back to content